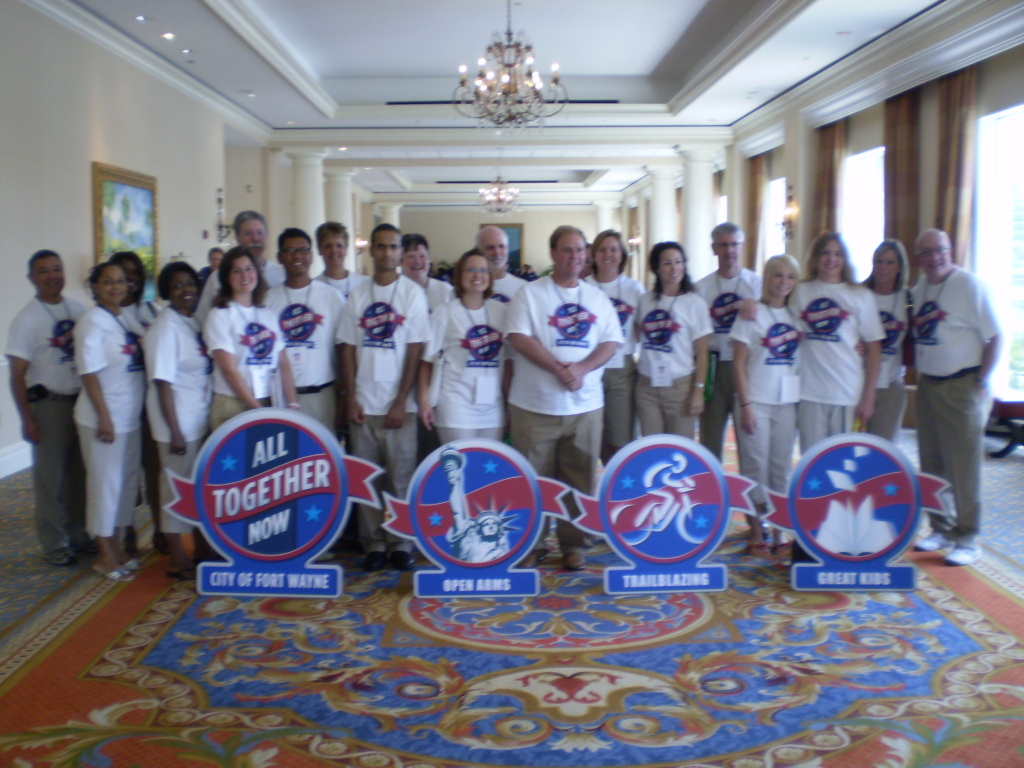 The National Civic League's award honors communities that work together to solve issues facing cities. Fort Wayne was one of 10 cities selected for the 2009 honor.

“I would like to congratulate Fort Wayne's delegation and the work all the volunteers, sponsors and the community as a whole did for this award,” Mayor Henry said. “Fort Wayne residents should be proud of this national award that puts a positive spotlight on our city and the hard work our community does every day to make it a great place to live.”

Fort Wayne, with the theme of All Together Now, was recognized for its efforts in assisting refugees and helping them integrate and succeed in the community, assisting children through the Great Kids Make Great Communities program, and efforts to raise more funds from the community to improve connectivity of the local trail network and create safer neighborhoods.

More than 30 cities were chosen to present at the competition. The judging panel was made up of city leaders from across the country and chose 10 winners.

Anyone wanting to congratulate the team of community members representing Fort Wayne can welcome them at 12:30 p.m. Saturday at the Fort Wayne International Airport.