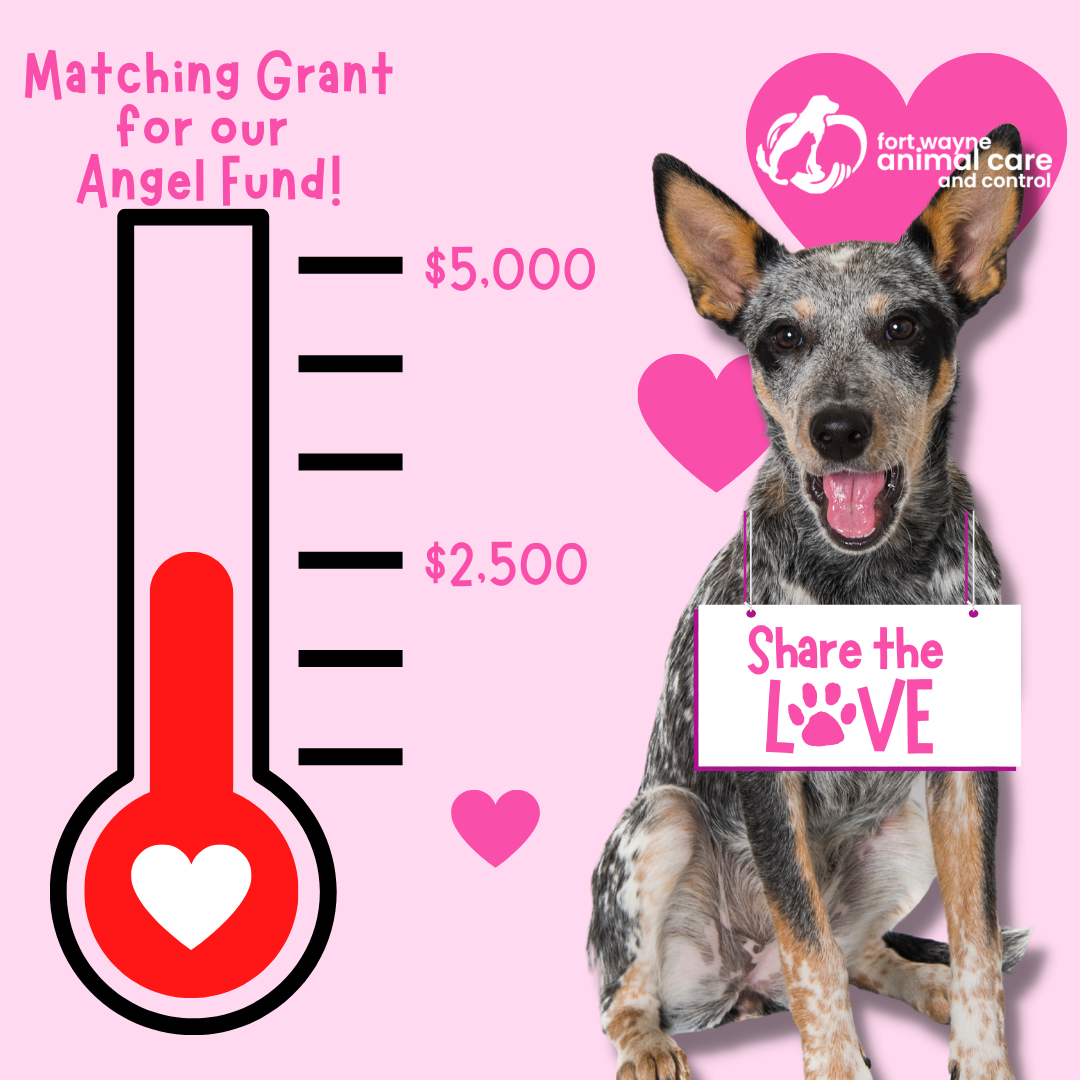 Fort Wayne Animal Care and Control announces the shelter received a generous grant of $2,500 from a FWACC foster volunteer who wishes to remain anonymous to the public. The donor wants the gift to go towards the Angel Fund and encourages supporters to match the donation during the month of February to bring it to a grand total of $5,000. The Angel Fund helps provide crucial life-saving medical care to shelter animals.

When learning their dog needed surgery, the donor began to save money for the procedure. After some time, they learned surgery was no longer needed; they then decided to donate the money to FWACC.

The donor explains the reason for choosing the shelter is because, “As a foster volunteer, I want to fight back against all the evil and bad in the world. Enough of us doing a little good will add up and make a difference. We just have to do something and start somewhere.”

The donor shares how it can be emotional to see the cases they receive. They want to encourage others to help give back and inform the community how and why the animals need medical assistance.

FWACC hopes this generous donor’s story will inspire the community during the month of February to give love to the shelter’s animals by donating to the Angel Fund. As an open access shelter, FWACC cannot turn away any animal in Allen County for any reason. Oftentimes, animals come to the shelter in great need of medical care and the Angel Fund is their only option to help save their lives.

People can donate to the Angel Fund by visiting fwacc.org and clicking on the “Donate” tab.

Fort Wayne, IN. – Looking back on 2022, Fort Wayne Animal Care & Control continued to expand its life-saving efforts and develop more ways to be more of a positive resource to the community.

Throughout 2022, FWACC encouraged the community to consider donating to our Angel Fund. The angel fund helps create life-saving options for animals in our care who have advanced medical needs, and one of them was a severely malnourished Siberian Husky named Shadow.

Shadow came to us as a cruelty case at the start of the year and stayed with us until June. Shadow was on IV fluids and a strict feeding plan to help him gain weight and feel healthy again. The day he officially became ours and able to be put up for adoption was a day worth celebrating.

Our Humane Education department hosted their first ever Spring Break One-day Camps in a continued effort to teach children compassion and empathy through animals. The camp was a success. A total of 58 kids learned about dog and cat body language, wildlife safety, pet overpopulation, and how to care for pets along with the expenses.

In June, we were honored to begin our journey with the Black Forest Cat Café – Fort Wayne’s only cat café with adoptable cats from our shelter. This unique environment provided so many benefits for our community and our shelter. Not only did we have more crucial space to put available cats up for adoption, but it also provided our community with a relaxing and safe place to enjoy the therapeutic effects of cats while enjoying delicious homemade pastries and drinks. In only a six-month time frame, the café adopted out almost 200 cats!

A pivotal change occurred in August. Despite our strict disinfecting protocols, an outbreak of feline panleukopenia occurred, a fatal disease most often is very difficult to treat. We had to work together to create ways to keep our cats safe and healthy. This breakout affected our adoption, foster, and intake processes. We are thankful to have a group of proactive and intelligent staff members that worked together to slow the spread of this disease. It was an ongoing battle for the rest of the year.

The shelter completed the Return to Home Challenge in October. To help more animals find their way back home; Animal Control Officers offered free microchipping and vaccines to animals they encountered in the community to help prevent animals coming into the shelter. This initiative was to encourage more pet owners to claim their lost pets from the shelter, the first-time redemption fee was waived all month long.

At the end of the year, we presented our 2023 budget for approval. We are grateful for the support received by the administration, as well as at City Council. They all agreed there was a justifiable need to increase our headcount of staff and create more functional space at the shelter in 2023.

We are your community shelter - here to help you and your pets. FWACC will continue to improve every year with the support of our community; together, we can help as many animals and pet owners as possible.

Community Outreach Data and Highlights from 2022: 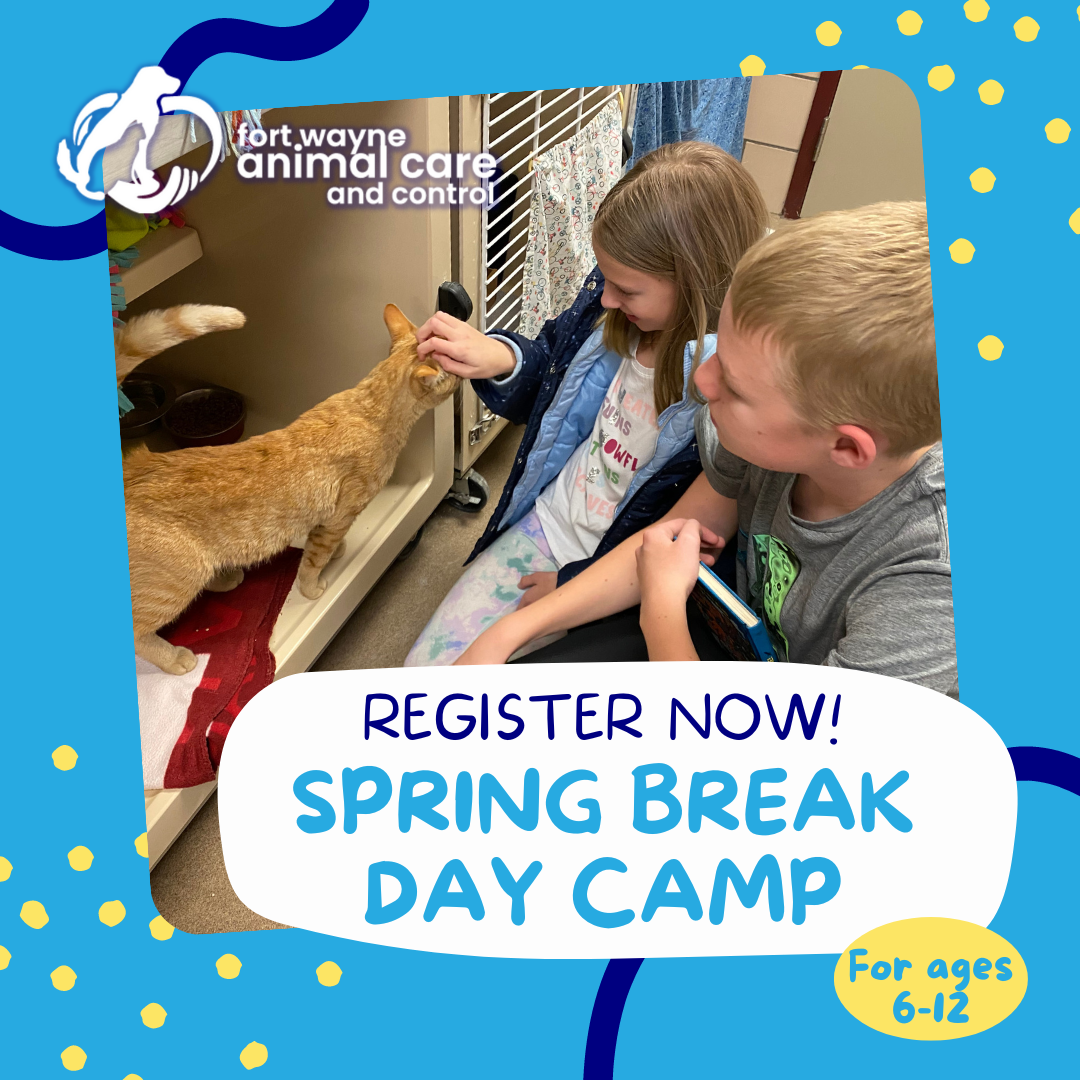 Register your kiddo NOW for our second annual Spring Break Day Camp!
This day camp is provided to our community by our Humane Education Department where their goal is to educate the next generation of animal advocates by teaching empathy and compassion through animals.
When: April 3 & 4 for ages 6-8; April 5-7 for ages 9-12
Each day is a new group of campers from 9 am - 3 pm
Where: Fort Wayne Animal Care & Control 3020 Hillegas Rd, Fort Wayne, IN 46808
Price: $40 for one day of camp (children may only attend one day)
What: Spend the day at FWACC learning about the shelter, dog & cat behavior/safety, responsibilities of pet ownership, animal related careers, and more! Children will participate in crafts, games, and of course meeting animals at the shelter! Campers need to bring a packed lunch that does not need microwaved, a snack, and wear comfortable clothes with closed toed shoes.
Registration will fill up quickly, so don't delay! You can begin registering your child by clicking HERE.
Page 1 of 11 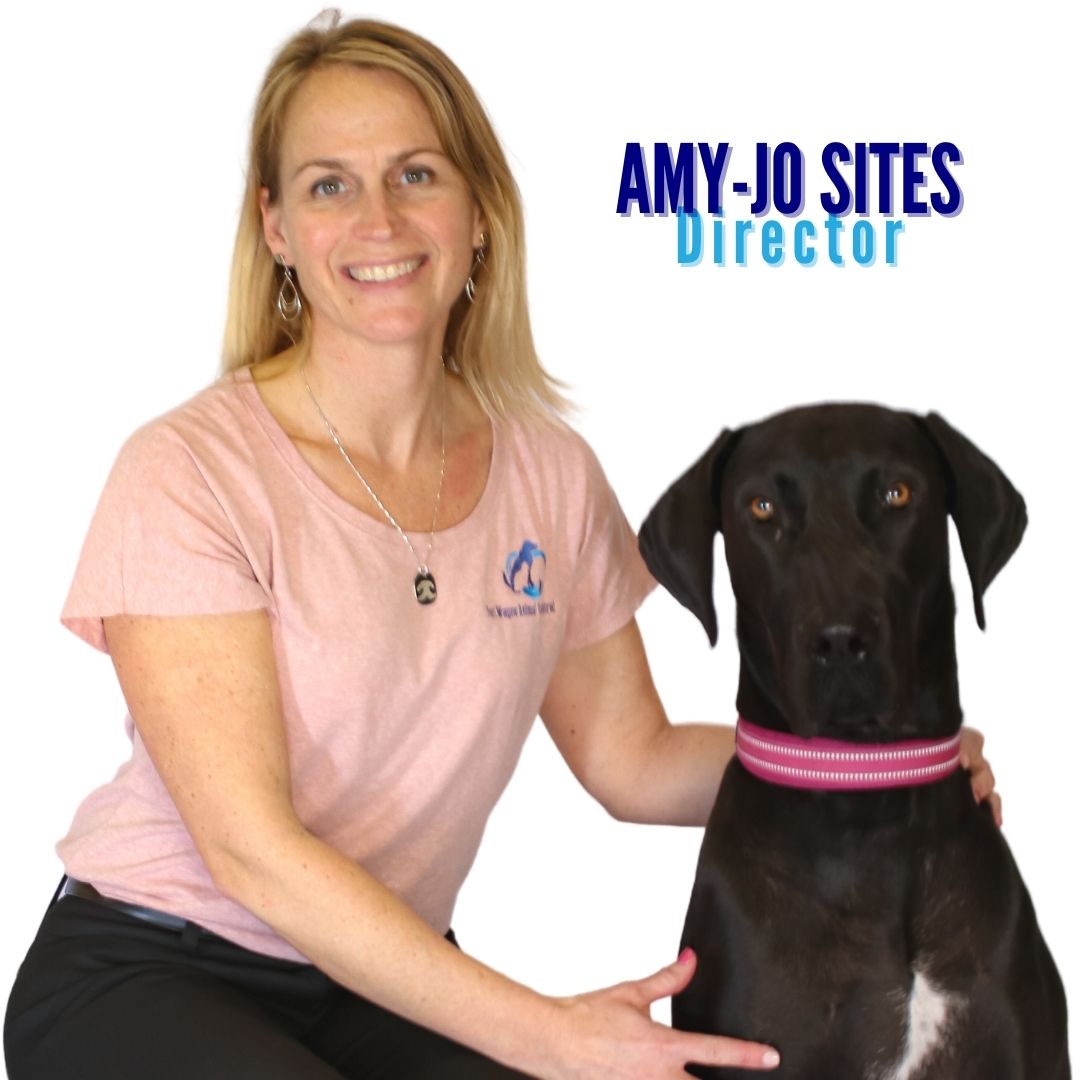